scientists claimed whether there are aliens in space or not, there has always been a debate. Sometimes there are claims of UFO sightings, sometimes scientists seem to be trying to contact aliens. Chinese researchers explained why there was no contact with aliens yet.

How long can it take to get in touch?

In this, researchers Wenjie Song and He Gao of Beijing’s Normal University have estimated communication according to the number of other communicating intelligent civilizations (CETIS).

The two researchers created nine scenarios where CETIs were either rare or common. If CETIs were rare, ie on the order of 110 throughout the Milky Way, then one communicating civilization would have to wait 4 million years before getting a signal from another. If the conditions are very good , it would take at least 2,000 years for a communicative civilization to receive the first message . Researchers say that the reason we do not get the signal may be that the life span of humans is short in accordance with the time to communicate .

Even if the Doomsday logic is to be taken as true , humans may not get any signal from the rest of CETIS until the end of it . Researchers say that if someone were to find us , they would have to be in a very small region of the Milky Way for signs of Earth .

Although the team believes that there are a lot of uncertainties in these possibilities, so there may be a chance to communicate with aliens soon. Researchers say that it is not certain how many terrestrial planets could produce life and what is the process of life in CETIS . 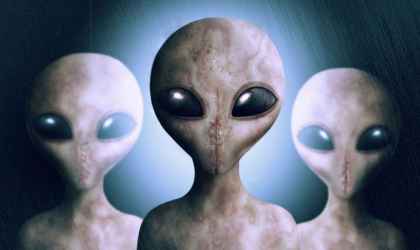 Also , it is uncertain whether they are capable of sending signals . But there may be another uncertainty as well. That is maybe there are very few CETIS and who knows if they even want to talk to us or not .