Glenmark Pharmaceuticals Limited (Glenmark), an innovation-driven, global pharmaceutical company marked May as the Hypertension Awareness Month. Glenmark partnered with more 18,000 healthcare professionals (HCPs) from more than 8000 hospitals and clinics in 50 cities across the country, and organized more than 110 public awareness rallies and 8000 screening camps to create mass awareness around Hypertension (High Blood Pressure).

While talking about this program, Alok Malik, Group Vice President & Head of India Formulations, Glenmark, said, “This month-long initiative is our endeavor to create awareness about this silent killer disease in the country, which has little or no warning signs or symptoms. As per the recent survey conducted by the India Council for Medical Research, one out of every three Indian adults is hypertensive. As a leader in Hypertension management, Glenmark is committed to taking every possible step in the country’s fight against this disease, which affects millions of people every year.”

The rallies comprised a detailed session by an HCP on the signs, symptoms as well as preventive measures around Hypertension; and were followed by screening camps for the general public. The whole activity was widely appreciated by the medical fraternity and public. Through this initiative, the company was able to spread awareness amongst more than 2 lakh adults.

Being the innovator of one of the path-breaking anti-Hypertension drugs, Telma®, Glenmark has been leading from the front in increasing awareness and diagnosis of the disease among the Indian population. Not long ago, the company launched the #TakeChargeAt18 campaign to drive Hypertension awareness and screening of Indian adults above 18 years of age. The company has already reached out to more than 1.2 million Indian adults through multiple channels including its digital platform: www.bpincontrol.in. In 2020, Glenmark launched the world’s first-ever Hypertension awareness symbol – “The BP logo” in association with HSI (Hypertension society of India) and API (Association of Physicians of India). 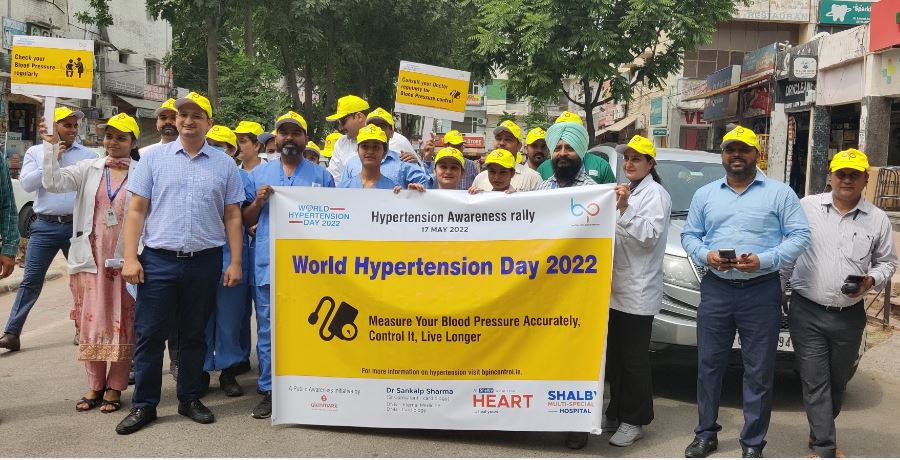 Hypertension is one of the most important risk factors for cardiovascular diseases (CVD), particularly ischemic heart disease and stroke. Currently, it is estimated that 28.1% of all deaths in India were due to CVD, and high systolic blood pressure (SBP) was the single largest contributor (8.5%) to disability-adjusted life years (DALYs). The World Health Organization’s target of a 25% relative reduction in the prevalence of high blood pressure (BP) among persons aged 18 years and older by 2025 can only be achieved by a combination of strategies that shift the population distribution of BP to the left and achieve good control over it.