This South-India based photographer is gaining attention globally with a photography series holding the baton a class apart.

A week back, the cover shoot of a regional magazine in Kerala, and its behind-the-scene videos have been trending on social media platforms.  The shoot portrayed Molly Kannamali, an elderly actress from Malayalam film and television industry.

What excited the audience was an unexpected make over and the gorgeous postures the actress adored in a couple of western outfits. All these hold a wonderful backstory starting with the effortful planning done by Syam Babu, a prominent fashion and celebrity photographer from South India. He has created a huge benchmark among the fashion industry with a bold take on beauty and pride, transcending myths of beauty over age.

As Syam’s next assignment photographs are out, the fans of Modern Kannamaali shoot are in all praise and smiles 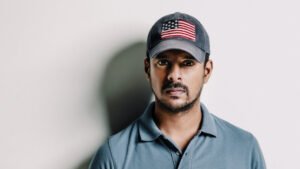 As COVID-19 made an adverse impact on the pattern of the world and protocols suggest social distancing, Syam proves it that there are a lot of ways in which the humanity can still prove that we all are in this fight together, against this pandemic.

This time Syam has come up with a very unique conceptual photography series portraying five models from five different parts of the world. In a situation that sounds so troublesome even for a normal fashion shoot, he has made use of the now-normal communication technology and collaborative techniques to photograph every model, being miles apart.

The shoot has went viral in social media, that portrays models – Maria Jorda, PasaMahallesi, Merel Trip, Cecilia Kongwa and Aileena Catherin from Spain, Turkey, Dubai, Africa and India respectively. All the five shoots are done outdoor, in order to showcase the noted elements of each city the model belong to.

While a normal fashion shoot include four or five departments, including photographer, stylist, costume designer, makeup artist, model and a lot of assistants. A shoot as such has opened ways for Syam Babu and his models to enact multiple roles, and still not compromise on the quality of output.

The garments that each of them used were from their own wardrobe, as suggested by Syam to make it simple with a black colored top wear, and any printed bottom wear of the model’s choice. Moreover, the makeup and accessorizing were also done by themselves according to the dress code.

While there are several factors that make a photograph beautiful, the part of emotional connection between the model and the photographer plays a crucial role. In this case, it was not that easy for him to practically implement his ideas by finding the suitable models from different countries and make them comfortable enough to pose the way he wants.

Syam has tried to maintain the uniformity within all the photographs by choosing the color black for the outfit, which represent strength and power indicating the fact that ‘ We are all united, and unity is our strength’.

Syam Babu who has 18 years of experience in this field, has already gained attention for coming up with distinctive photographs with minimalistic props and settings.

Out of the many projects that left a remark in Syam’s career, the cover shoot did for a magazine portraying a physically handicapped woman, who lost her hands and legs in an accident, was a critically lauded one. He also did a photo shoot with a transgender celebrity, for one of the prominent news magazines in India.

The New Documentary Of Kovid Mittal Is All About His Expedition To The Highest Mountain Range, The Black Peak