With Fotoshoto, you can be your own cameraman. It gives your selfie a little space, good angle and your big face can look good for people to see. The Fotoshoto app is just like an invisible selfie stick

Fotoshoto was selected for its innovative idea of turning an old phone into a phone camera remote. With the Fotoshoto app, you can watch the live preview of your camera on your second/old phone and take awesome Selfies or Group Pictures.

“I am not at liberty to divulge how Google’s selection process for inclusion into its NBS-S program. But for sure the concept of Fotoshoto looks interesting”, explained a Google representative. 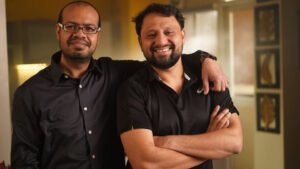 Google is a powerful ecosystem that has become an integral part of the culture – its name has become a verb for searching online through Googling. According to Google’s Internal Data, the Google Search Network reaches 90% of internet users, YouTube reaches 87.4% of internet users, Google Display Network reaches 92% of internet users and 64% of the online population have an active Gmail account. Google’s Android mobile operating system has 85.1% market share in 2018 according to IDC. Google’s tremendous reach will help further Fotoshoto’s mission to reach out to a much wider audience.

With Fotoshoto, you can be your own cameraman. It gives your selfie a little space, good angle and your big face can look good for people to see. If you really suck at taking selfies with your hand, theFotoshoto app can be your invisible selfie stick. Now, you can be a part of every group picture and no one has to sacrifice for it because good group pictures are worth everything!

Fotoshoto CEO and Co-Founder Amit Garg, said, “We are incredibly proud to be selected by Google as a key company in their New Business Scale Sales program. We created Fotoshoto to encourage users to be their own photographer. We help you with controlling your camera even when it’s not in your hand! And with Google’s help, we can now bring this vision to a larger audience.”

“We are really very excited to be selected for Google’s NBS-S program. We are working on some very interesting features within theFotoshoto app”, concluded CTO and Co-Founder SurendraSahu.

The New Documentary Of Kovid Mittal Is All About His Expedition To The Highest Mountain Range, The Black Peak