The stage of the Indian Premier League (IPL) is set and three matches have been played so far. In which Chennai Super Kings, Mumbai Indians and Royal Challenger Bangalore had to face defeat. These three are the teams that have broken many myths in IPL history, although in these three teams, only Royal Challenger Bangalore is the only one who does not have a single title, so this time the fate of the team is not in the hands of Virat Kohli but South Africa. The batsman is on the hands of Faf du Plessis.

RCB clashed with Punjab Kings in the match played on Super Sunday. Batting first, RCB gave a target of 206 runs to Punjab. Chasing which Punjab chased it in 19 overs. Odeon Smith made the victory easy in the last over with a scintillating batting. During this, Smith played an unbeaten 25 runs, which included 3 sixes and 1 four. But he also got two lives.

There is a simple saying in cricket – If the catch is missed, then the match is missed and its full view was seen in the DY Patil Stadium. It is not that only the players of Punjab have got life, RCB captain Faf du Plessis is also involved in this. Shahrukh Khan had dropped his simple catch, but then in the 18th over, Shahrukh Khan took the catch of Du Plessis off Arshdeep’s first ball and ended his innings. But by then RCB had added a lot of runs. However, Dinesh Karthik played a powerful innings of 32 runs in 14 balls to take the team past the score of 200.

Captain Faf du Plessis believes that Odin Smith’s catch was too heavy to miss. Faf du Plessis said that our bowling was good. Had Smith caught that catch, we would have had 10-15 runs to defend in the last over. We often say that catches win you the match. It was challenging to bowl later because of the dew and Punjab added to our troubles by batting well in the powerplay.

On the other hand, Punjab captain Mayank Agarwal, who celebrated the victory, said it was easier to bat in the second innings due to dew but some balls were getting stuck on the pitch which was causing some problems. But in the end the team won.

Both the teams want to start the season with a win but only one team will get the victory. It is believed that Shubman Gill and Afghanistan’s wicket-keeper batsman Rahmanullah Gurbaz can open the innings for Gujarat, led by Hardik Pandya. However, the toss will prove to be the most important at the Wankhede Stadium as the one who wins the toss will have an increased chance of winning the match.

Hardik Pandya will try his best to win the toss and he has a lot of experience playing for Mumbai Indians at the Wankhede Stadium. On the other hand, the entire responsibility of the Lucknow team is on KL Rahul, who will open the innings with Quinton de Kock. Apart from this, the team looks quite balanced thanks to all-rounders like Deepak Hooda, Krunal Pandya and West Indies’ Jason Holder. But it will also be very interesting to see the Pandya Brothers clash with each other. 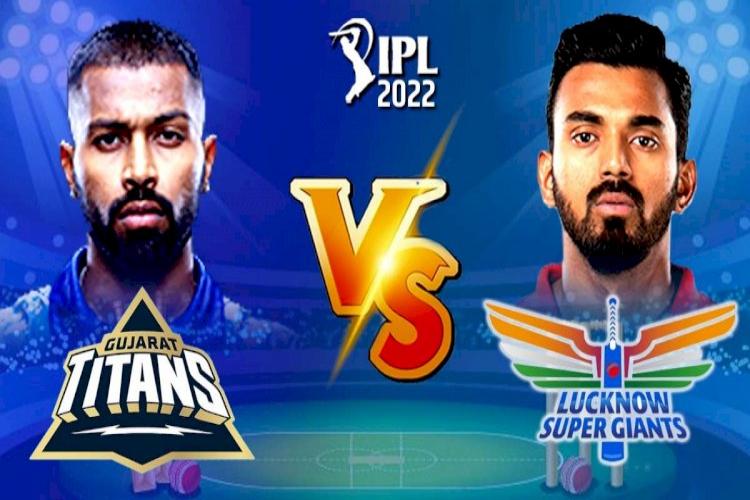 High scoring match can be seen at Wankhede Stadium. The bowlers can get bounce at Wankhede so they have to be careful. Teams here often manage to score more than 180. In such a situation, it will be economical to bat first after winning the toss here.