IPL 2022: Before KL Rahul, Only One Captain In IPL Was Out For Zero On The First Ball Of The Innings.

IPL 2022: Before KL Rahul, Only One Captain In IPL Was Out For Zero On The First Ball Of The Innings.

So far in the Indian Premier League, there are only two captains who have been dismissed on the first ball of a match. In the fourth league match of the 15th season of IPL, Lucknow Super Giants captain KL Rahul was dismissed for zero on the very first ball of the innings against Gujarat Titans. The same thing happened with Brendon McCullum in the year 2009 before KL Rahul and at that time he was the captain of Kolkata Knight Riders. That is, Brendon McCullum and KL Rahul have been dismissed as captain on the very first ball of an innings as captain in this league so far. 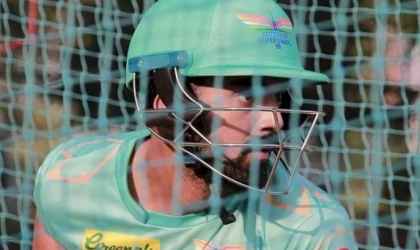 KL Rahul’s debut in IPL 2022 was very poor as a batsman and as a captain. On one hand, where he could not score runs for the team, then under his captaincy, Lucknow Super Giants also got a five-wicket defeat against Gujarat Titans. Lucknow had a bad start against Gujarat, but on the basis of half-centuries from Deepak Hooda and Ayush Badoni, the team reached 158 for 6 in 20 overs. After this, the Gujarat team won the match by scoring 161 runs for 5 wickets in 19.4 overs. Hardik Pandya was captaining Gujarat Titans.