Union Minister of Commerce and Industry, Consumer Affairs, Food and Public Distribution and Textiles, Shri Piyush Goyal said the World today recognizes that India has arrived. He was speaking at a function organized by a media house in New Delhi today.

Shri Goyal said that both in the political world and the business world, everyone now acknowledges the India story. Elaborating on it, he said India’s story shows a lot of positive mindset, shows aspirations of a billion plus people desiring a better life for themselves. The story is not limited to economic growth only, it also shows political stability, which has a huge thrust on the corruption free society, he added.

India is the one bright spot in the world, which will not only improve the lives of a billion plus people, but would also lend a helping hand to the world economy, he said. The world is dependent on India for not only its own economic growth and India’s market, but also for India’s demographic dividend and huge talent pool. Shri Goyal said he believes India is going to be a global superpower in the next 25 years.

Shri Goyal said the Government gives top priority to the interests of India while entering into FTAs with countries. India doesn’t enter into agreements just for the sake of doing it but only after extensive consultations with all the stakeholders and in-depth brainstorming covering all the issues, he added. Shri Goyal informed the gathering that India negotiates from a position of strength but wants a fair and balanced deal.

Shri Goyal highlighted that opting out of RCEP (Regional Comprehensive Economic Partnership) was a courageous decision made in the interest of our industry and our nation.

Shri Goyal said that the new India had a bright tomorrow, a very powerful tomorrow and a very prosperous tomorrow. He termed India as the energetic youthful nation, which wants better things in life, which is willing to experiment, innovate, and take risks. 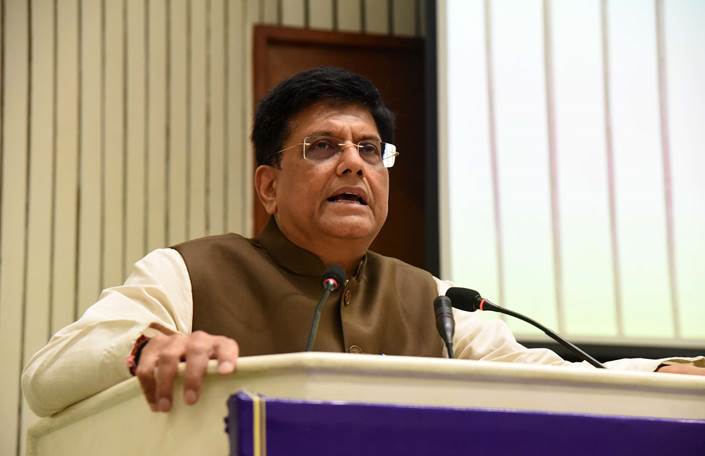 Sharing his experience of interaction with the startup youths in Varanasi yesterday, he said there is a lot of positive energy in the country and high levels of nationalistic spirit. The mindset of the people is changing, India’s confidence is getting stronger and India’s future is secure, he added.