The first ever conference of Indian Trade Service Officers “Manthan 1.0” was held at Kevadia, Gujarat. The conference was conducted for brainstorming on future Foreign Trade Policy (FTP), and to formulate sector wise and state wise export strategy to boost exports from India. The officers also discussed ways to revamp the FTP Schemes to make it more efficient and address any implementation issues. Over 75 officers of the Indian Trade Service attended the conference.

Commerce Secretary, Shri Sunil Barthwal, while addressing the delegates, appreciated the initiative and expressed that such brainstorming sessions should be held regularly. He emphasised upon the importance of specializing in the specific area of international trade. He underlined the importance of institutional memory for any department and urged the trade service officers to specialise, and become more effective resource for the Department of Commerce. He also laid out the plans for deeper engagement of the cadre into FTA negotiations, industry deliberations and policy making.

Earlier, Director General of Foreign Trade (DGFT), while speaking to the officers, emphasized upon the importance of continuous learning and application on development of an officer. He also deliberated on the importance of formulating sector wise strategies aimed at specific markets. DGFT emphasised the importance of using latest trade analytics tools to understand the emerging international trade scenario. He explained that Sector-wise and State-wise export promotion strategies need sharper focus in coming years to achieve 1 Trillion USD of exports in merchandise, and 1 Trillion USD exports in services exports by 2030.

Indian Trade Service officers have recently been divided among 10 sector specific groups that focus on specific sectors of the industry, including goods, projects, and services. The teams are working to develop sector specific strategy in collaboration with experts, industrialists and export promotion councils. In addition, ITS officers have also been assigned different states to focus on creation of specific export promotion strategies for those states, and to understand bottlenecks and challenges about them. A sector wise export presentation on Pharma and Chemicals sectors was made by one such team in the conference. 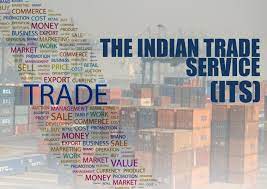 A presentation on Global Trade Promotion Organization (GTPO) was also made. GTPO is a key recommendation of BCG consultancy in their report for revamping the Department of Commerce. ITS officers deliberated on the GTPO proposal and came up with ideas to further improve the recommendation. GTPO is expected to play a key role in future export promotion initiatives in the country. The proposed body would be manned by ITS officers at key positions.