Glan Martins has signed a new three-year contract at FC Goa following his impressive debut season in the Indian Super League last time around. The new deal will see the Indian international wear his beloved orange till the summer of 2024. 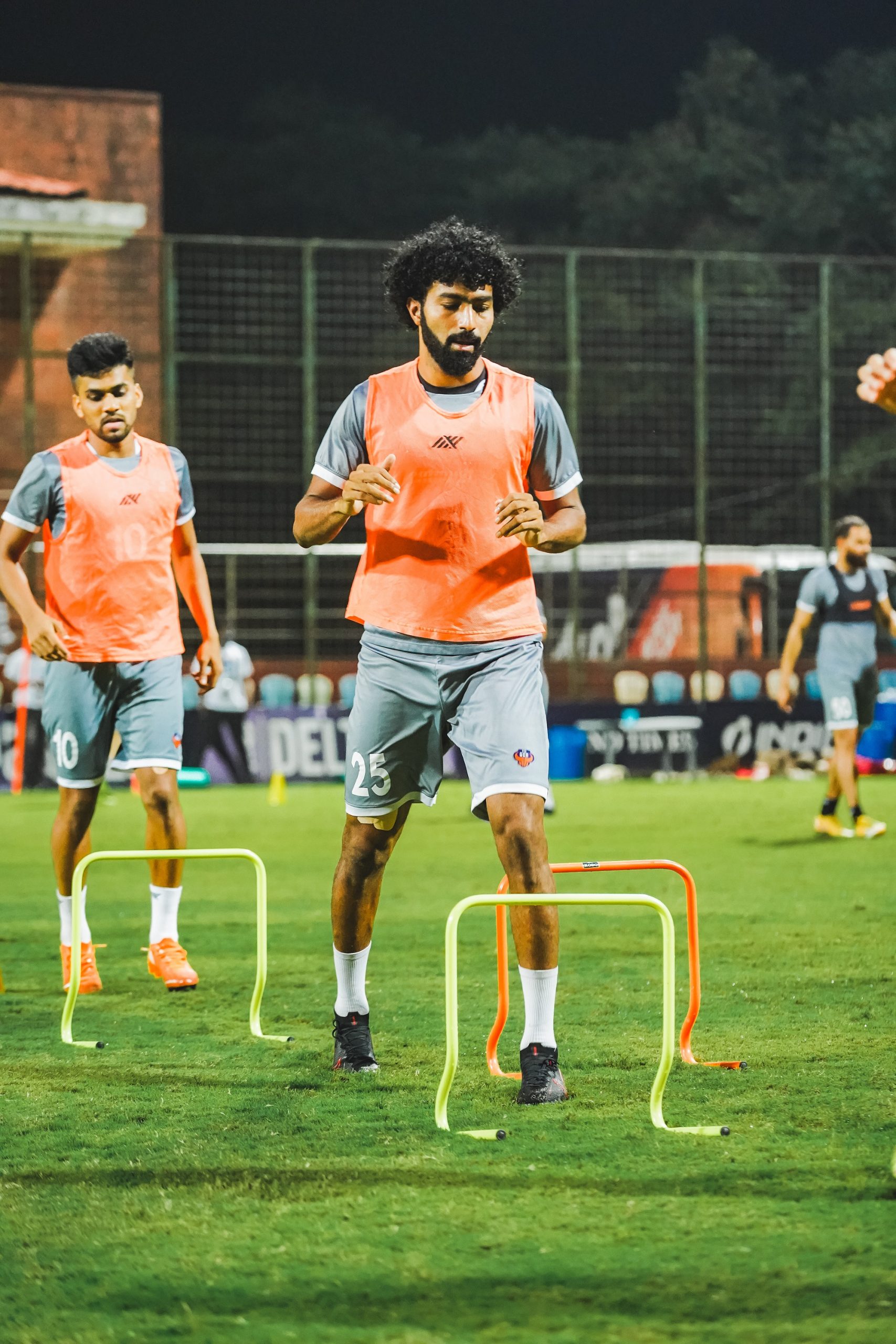 The central midfielder became a vital cog in Juan Ferrando’s side in the second half of the season following a deadline day switch from ATK Mohun Bagan in January. The man from Velsao has looked completely at home ever since donning the FC Goa colours for the first time in February in a game against NorthEast United.

Since then, Glan has started in 12 of the 14 matches he has been available for the Club, including 5 of the 6 AFC Champions League games the Gaurs played in April.

Martins has impressed mightily in midfield with his tenacious and energetic displays, helping the Gaurs qualify for the playoffs for a record fourth-time running. His displays at the centre of the park didn’t go unnoticed as he saw himself being awarded his first national cap in June – starting all three games in India’s World Cup qualifiers.

“It’s really exciting for me and my family to sign this three-year deal with the club,” Martins told the official FC Goa website after putting pen to paper until at least 2024.

“I’ve grown so much here at this club in a very short time, both on and off the pitch. I would like to think that I am now more aware of what is expected of me, I know what I need to bring to the table.

“I feel like I’m in a position now where I’m finally starting to realise my potential and give my all for the cause.

“There is more that I can do here at FC Goa to help the team. I want to play in the Champion League again. I want to win trophies here, not only for the Club and the team, but also for the amazing people of Goa. I’m really excited to see what we can go on and achieve in the coming years.”

Juan Ferrando, FC Goa’s Head Coach also expressed his delight about Glan’s new contract. “The first thing I remember when anyone tells me about Glan is the first time he came to training. I could feel that he was really hungry. He wanted to play, to participate. He wanted to get in and make a difference. That’s something I really value – someone who has the drive and has character to take decisions on the field.

“I am so happy to have him now back in the team for the long run. He is a real professional who improves our team.”