How does an investigation shape when there are new suspects at every step and no way to find the right
ones? Will the criminal be brought to justice, or will the detective spin further into a web of lies? today
unveiled the highly-anticipated trailer of its upcoming Hotstar Specials thriller, The Great Indian Murder
which takes a murder investigation to the length and breadth of the country on a thrilling ride, leading
to an explosive finale. The series has been taken from the pages of Vikas Swarup’s riveting novel, Six
Suspects, which revolves around the murder of the son of a high-profile minister. Ace thriller director
Tigmanshu Dhulia directed the series inspired by the Bollywood potboiler trappings of the book to
deliver a gripping new take into the lives of the corrupt, powerful and ambitious, on screen.  The trailer
of The Great Indian Murder was virtually unveiled in the presence of Gaurav Banerjee, Head, Content
Disney+ Hotstar and HSM Entertainment network, Disney Star India and producers of the show Ajay
Devgn and Priti Vinay Sinha. Ajay Devgn and Priti Vinay Sinha have joined hands and produced the show
under their banner ADF &amp; RLE Media for Disney+ Hotstar.  They were joined by the upcoming show’s
supremely talented cast, Richa Chadha, Pratik Gandhi, Ashutosh Rana, Shashank Arora, Raghubir Yadav,
Paoli Dam, Jatin Goswami amongst others. The Great Indian Murder will be available exclusively on
Disney+ Hotstar from 4th February 2022 in Hindi, Marathi, Tamil, Telugu, Kannada, Malayalam, and
Bengali.

The Great Indian Murder will mark Tigmanshu Dhulia’s third directorial of a Hotstar Specials after the
resounding success of the popular award-winning legal drama Criminal Justice and Out of Love. DCP

“We are thrilled to bring yet another powerful and genre-defining story with The Great Indian Murder.
Starring critically acclaimed actors and helmed by Tigmanshu Dhulia, the series’ cross-over of characters
from different walks of life makes it a highly intriguing title that is sure to entertain audiences across the
country,” said Gaurav Banerjee, Head, Content, Disney+ Hotstar and HSM Entertainment network,
Disney Star India. 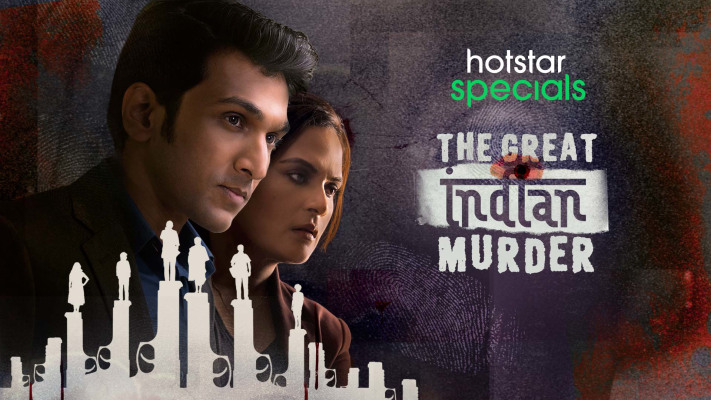 Director Tigmanshu Dhulia said, “While working on The Great Indian Murder, I was taken back to my
love for thrillers and murder mysteries. Vikas Swarup’s Six Suspects has been on my list of top thrillers, so
envisioning for the screen was doubly exciting for me. The story does an excellent job of blending
mystery, murder and fate with a unique storyline. Every character in the series holds the fort with their
characteristic individuality that adds to the raw eclectic feel of the series. It is unlike anything I have
worked on before.  It has been a great journey, and I hope the audience shows The Great Indian Murder
much love and appreciation. Disney+ Hotstar has been creating some path breaking content over the
years so we couldn’t have better partners than them to showcase the show.”

Producer Ajay Devgn, shared, “Six Suspects, as a book, intrigued and fascinated me greatly. As an ardent
fan of thrillers, I am looking forward to The Great Indian Murder as it intricately deals with a common
subject like class divide and revenge but with a lot of glamour. Collaborating with Tigmanshu Dhulia to
bring alive this exhilarating thriller on screen was an obvious choice, given his phenomenal creation of
some of the best thrillers in India. Disney+ Hotstar and I share a strong relationship and I relate to their
creative ambition and ability to think big.”

Producer Priti Vinay Sinha says, &quot;It&#39;s been an adrenaline filled 3 year journey from the day I acquired the
rights of the book from Vikas Swarup to producing ‘The Great Indian Murder’ into a fascinating series
with a greatly talented cast and crew. I am really excited to share our web series with the audience. Ajay
and I partnering as Producers under our banner ADF &amp; RLE Media for the first time and working with
Tigmanshu Dhulia and Disney+ Hotstar has been a dream run.&quot;

Actor Richa Chadha who essays DCP Sudha Bhardwaj in the series, said, “Thrillers have always been an
exciting genre for me – it challenges you greatly and stretches your capabilities as an actor. When I read
the script for The Great Indian Murder, I knew instantly that it was a project I wanted to be a part of.
There’s an intriguing story to tell here, and Tigmanshu is a brilliant director who was there for me and for
the rest of the cast to guide and direct. Each character in this series has an intense motive and
justification for their actions – it is somewhat relatable, yet nerve-wracking. It is an exemplary example of
a thriller series writing which only Tigmanshu Dhulia could have pulled off! Can’t wait to see the
audience’s reaction to it.”

Actor Pratik Gandhi who plays a CBI officer in the series, said, “I wanted to be very thoughtful about my
next digital outing and The Great Indian Murder and Disney+ Hostar seemed like the perfect choice. My
character Suraj Yadav was a whole new challenge for me. He is someone who represents the law but
never shies away from breaking it or mending it to ease his way. This grey layer and his easy transition
between the dark and light sides make him special and very human. I am extremely grateful to
Tigmanshu Dhulia and Richa Chadha for constantly being by my side and helping me to interpret the
character. Hope Suraj Yadav receives a lot of love and appreciation.”

Synopsis: Vicky Rai is the cunning 32-year-old owner of the Rai Group of Industries and son of the Home
Minister of Chhattisgarh, Jagannath Rai. Vicky Rai gets murdered in cold blood in a party thrown by him
to celebrate his acquittal in a rape and murder case of two Shelter Home girls. Six suspects surrounding
his murder come under the radar of the case’s investigating officers DCP Sudha Bhardwaj and Suraj
Yadav of Central Bureau of Investigation. Vicky Rai’s case has also put an unintended halt in his father,
Jagannath Rai’s political career which he tries to win by fair or foul means, even after Vicky’s death. The
Great Indian Murder is about exploring several versions of a single murder, a story that Sudha and Suraj
weave through their investigations.