India’s largest interactive entertainment platform, WinZO has roped in Asia’s #1 independent content creator Ajey Nagar who goes by the alias ‘CarryMinati,’ as its’ brand ambassador. Being the frontrunner of the social gaming community, the New Delhi-headquartered interactive social gaming startup seeks to leverage its’ robust foothold within the gaming community in India with this strategic partnership.

As a part of this strategic collaboration, the content creator will generate gaming-centric content that is interactive, unique, and relatable for WinZO exclusively on his streaming channel ‘Carryislive’ and a solo integration on his primary YouTube channel ‘CarryMinati’. The fast-rising digital phenomenon who enjoys a massive cumulative fan following of over 50 million for his inimitable comic skits and rib-tickling roasting videos, will complement WinZO’s massive reach across 75 million users and its diversified offerings across 6+ formats in 12 vernacular languages.

According to the latest industry reports, the Indian gaming industry is generating over $1.5 billion revenue and is expected to exponentially grow to be a trillion $ industry by 2025. The main driver of the growth has been driven by affordable internet connectivity and a rise in the penetration of smartphones, backed by an increased focus on vernacular and socially relevant content. Interestingly,approximately, one in every five mobile game downloads worldwide is from India. Ahead of markets such as the U.S. and Brazil, India was the leading country for the first half of 2021, reaching 4.8 billion downloads.

Hailed as one of the key innovators in the advent of the digital community of India, CarryMinati stands firm at a 50 million-plus collective digital following. With an unmatched aptitude within the roasting and live gaming genre, he continues to remain undefeated in retaining his title of the most subscribed YouTuber in Asia and India.

The 22-year-old Delhi-based YouTuber, streamer, gamer, and rapper CarryMinati states, “I am excited to partner with WinZO. India is at the epicentre of a swiftly growing trillion-dollar global gaming opportunity. The country is the largest market for mobile games, contributing to nearly 40% of the worldwide downloads, which speaks volumes about the untapped potential of the social gaming community. Considering there is a similarity in WinZO’s and my core competencies and brand values, I would like to create multiple avenues via this partnership to connect people from the remotest parts of the country through culturally relevant and relatable content. It is important that visionaries in the marketplace join hands to discover and develop this untapped industry to build a robust ecosystem.”

Speaking on the association further, Saumya Singh Rathore, Co-Founder, WinZO expands, “India is fast emerging as a critical market for interactive entertainment on the global grid. Gaming is also rapidly evolving and isn’t limited to only playing anymore. The advent of live streaming and community engagement has resulted in the evolution of a 360-degree gaming ecosystem, which CarryMinati has been at the forefront of. We are thrilled to have him onboard. We collectively hope to further our vision of promoting the spirit of winning and culturally relevant content across Bharat.” 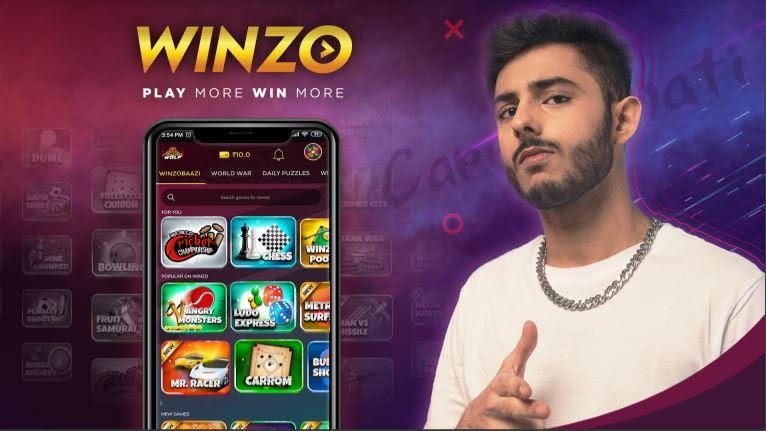 This announcement comes shortly after WinZO’s recent partnership with Ranveer Singh starrer Bollywood film ‘83’ as the official sports brand partner. As a part of its brand development exercise, WinZO has also secured the principal sponsorships for two major Vivo Pro Kabaddi League (PKL) teams, Bengal Warriors and Gujarat Giants, as well as associate sponsorship for Patna Pirates. The brand also launched its multilingual brand campaign in close collaboration with Ogilvy’s Global Chief Creative Officer, Piyush Pandey with an aim to establish itself as the preferred destination for interactive entertainment for every household of ‘Bharat’. Founded in 2018 by second-time entrepreneurs Nanda and Saumya Singh Rathore, the company has so far raised $100 million. It is backed by global gaming and entertainment investment funds including Kalaari Capital, Griffin Gaming Partners, Maker’s Fund, Courtside Ventures and Pags Group.