Is SATSANG necessary in life? By Shilpa Shah

Generally we understand SATSANG as good company or right and nice company. It is also our understanding that the company of a pure thought or a gentleman is a SATSANG. Sometimes we also recognize religious talk as SATSANG but it is just a dialogue. In fact, the respect in the dialogue becomes a SATSANG when it results in reverence. Even if we understand that SATSANG means the company of right and good, that is the company of truth than also we need to understand that truth is nothing but God because truth is immortal and we all know that god is only immortal in this universe so in that sense God’s company is SATSANG. And silence is a prerequisite for such a SATSANG. Because how can one experience God without peace or silence? There is no knowledge of the world outside, everything is inside so there should be an honest effort to get and experience it through silence. In order to reach SATSANG,

one has to overcome ego and reach the stage of dialogue for which these five things have to be understood 1) Argument
2) Controversy
3) Disagreement
4) Egoism
5) Dialogue and
finally SATSANG.

The first step of which is the MADHAYAMA that is the state of pause (middle stage i.e. pausing in the middle before speaking or reacting to anything. If a person is prudent, he always thinks before saying anything. What to speak, how to speak, is speaking really needed etc. only such a middle stage can lead a person to SATSANG. For which four things have to be avoided 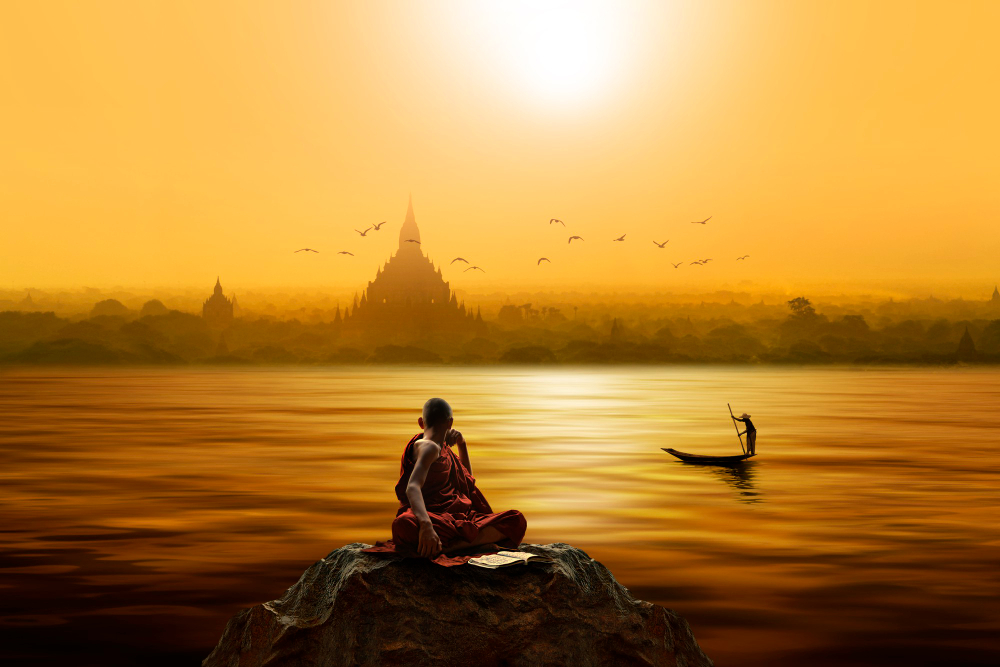 1) Argument – means plea. VAIKHARI speech is usually used in the process of argument. In fact, human beings have the ability to experience full consciousness but we weaken the power of our conscious mind through argument. Great scientists, doctors, thinkers and great leaders use 10 to 15 percent of conscious mind power while the common man can use only one to two percent of the power of awakening. To reach a SATSANG, one must control the argument.

2) Controversy – Controversy arises when a person becomes overly insistent or obsessive. Many such unnecessary controversies such as language controversy, customs controversy, caste, geographical area, nationalism etc. destroy human power. So that the conscious mind or the inner-mind is weakened. And reaching the SATSANG (God) becomes difficult.

3) Disagreement and dissension – Disagreement is like poison. Dissension is the use of words that are poisoned by a terrible speech. Dispute is a lower or inferior level argument than a debate means dispute is more dangerous than debate. In which one tries to create bitterness or opposition in others only for one’s own self-interest such as a field of politics where for a vote bank they make provocative promises.

4) Egoism- The root cause of disputes, controversies and divisions etc. is ego. Only a human being bound by ego and creates controversy. He cannot reach the stage of SATSANG unless he removes the ego through firm resolve and SADHANA, does not further develop the awakened mind bestowed by nature and produces witnessing (SAKSHIBHAV). All conversations without witnessing actually demonstrate egoism.

5) Dialogue – Dialogue means rising above egoism, argument, controversy, dissension, etc. When a man listens to the words of others respectfully, dialogue is born. Dialogue means speaking in an appropriate manner that is making an ego-free statement. Dialogue usually strikes a balance between the speaker and the listener which is not possible in debate. There is an element of respect in dialogue through which human beings can achieve something special. Thus a human being who has reached the stage of dialogue can easily reach the state of SATSANG.

For which at least the habit of listening should be cultivated instead of too much speaking. But again the question arise that what to listen? Answer is no debates, no TV-radio or other unnecessary talk only natural sounds like the chirping of birds, the sound of springs, the roar of the sea as well as the sound of the souls that is inner voice which can be heard by sincere trying. Every human being is entitled to such hedonism if he tried sincerely. Person who walks can reach the destination. Wandering in egoism is not advisable for any intelligent beings like human beings. Before invaluable human life gets out of hand one must resolve to take the first step towards the noble journey of SATSANG today.