The Coaching Federation of India became a nationwide establishment that brought about multiple sought-after changes in the way the coaching industry functions. From introducing a unified platform to working towards the betterment of educational reforms, the organization has made its mark. The directorial board consisting of Mr. Mrityunjaya R Narayanan, Mr. Ashish Gambhir, Mr. Vaibhav Bakliwal, Mr. Vivek Sikka, and Mr. N K Gupta excerpted from their +25 years of individual experience in the coaching industry. They stressed the issues of the counterfeiting practices emerging in the industry and how the future can be made better through reconstructive practices that bring advancement in the teaching methods and learning procedures. 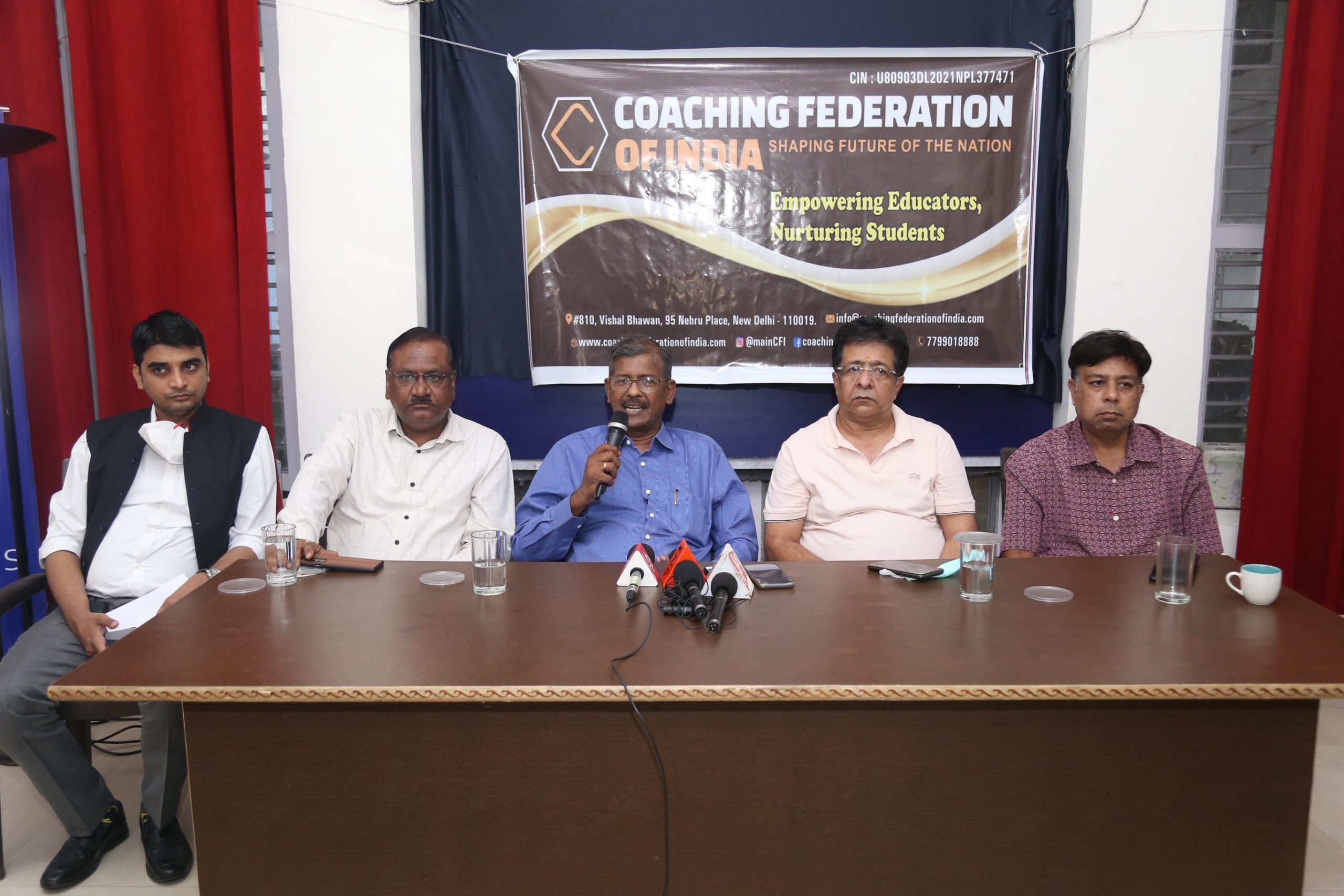 “The CFI was moving ahead with a mission in mind, only to be interrupted by malicious-intended individuals that aimed to tarnish the image of the coaching industry by the means of establishing a dummy of CFI for personal benefits,” shares Mr. Mrityunjaya R Narayanan in today’s event.

Mr. Siddharth Nayak, Legal Advisor CFI shares, “On 5th May 2021, a formal complaint was lodged against Mr. Alok Dixit, a Kanpur-based imposter who counterfeited the official logo and brand identity of the CFI and minted money off the brand’s decorated name. Mr. Dixit conducted several public events and set false pretexts that led people to believe in his false claims of being an owner of the Coaching Federation of India. Based on the complaint, the Saket District Court in Delhi directed the Delhi Police to submit an Action Taken Report against Kanpur based Mr. Alok Dixit.

Mr. Ashish Gambhir shed light upon the organization’s areas of duty, “The Coaching Federation of India has been a pioneer contributor to the coaching industry of India, and we also took the lead when it came to aiding the COVID-19 pandemic affected families. Our goal was to ensure that the future of India is safe- be it through education or societal support.” In the concluding notes, Mr. Vaibhal Bakliwal added, “the CFI is set to make learning through coaching more effective for both tutors and students and the change will help the country become more inclined towards learning and growing.”