The second production model after the KUSHAQ from the INDIA 2.0 project spearheaded by ŠKODA will be known as the SLAVIA.The new premium mid-size sedan for the A0 segment was named keeping in mind the early days of ŠKODA AUTO.Starting in 1896, one year after the founding of the company, Václav Laurin and VáclavKlement successfully marketed their first, jointly developed bicycles under the SLAVIA name.The upcoming ŠKODA SLAVIA will once again set out to define a new era in the Indian market.The new sedan will be presented later this year and will complement the OCTAVIA and SUPERB sedans in India.

Mr. Zac Hollis, Brand Director, ŠKODA AUTO India, says, “ŠKODA has a rich global legacy spanning more than 125 years. The SLAVIA name represents the beginning of a success story that has seen ŠKODA become one of the most renowned car makers. Rich in tradition, the SLAVIA name will now once again mark the start of a new era for the ŠKODA brand, in the Indian market. The SLAVIA will bring forth impeccable build quality, reliability and driving experience. We look forward to substantially growing our volumes in India and the SLAVIA will play a key role in delivering this objective.”

After the KUSHAQ introduction earlier this year, the ŠKODA SLAVIA is the Czech manufacturer’s second new model developed specifically for the Indian market.

The SLAVIA name goes back to the very early days of ŠKODA AUTO.It was in 1895 that founding fathers VáclavLaurin and VáclavKlement first started repairing bicycles in Mladá Boleslav.Soon they began designing their own bikes, successfully marketing them under the SLAVIA brand name from 1896 onwards.In the case of the new premium mid-size sedan for the Indian market, this name pays homage to the company’s beginnings while establishing a link to its Slavic heritage.While the ŠKODA KUSHAQ took inspiration from Indian tradition, the SLAVIA represents the close ties between the Indo-European as well as Czech and Indian cultures.

In the early days of the 20th century, the bicycles manufactured in MladáBoleslav under the brand name SLAVIA stood for reliability, affordability and inventiveness.These are still the key virtues defining ŠKODA AUTO’s Simply Clever philosophy today.The name SLAVIA quickly became synonymous with quality and innovation and was also adopted for the motorbikes introduced by Laurin&Klement in 1899.More than 120 years later, the new ŠKODA SLAVIA embodies these same ideals and will perfectly complement the OCTAVIA and SUPERB sedans in India. The new SLAVIA will once again be an elegant, powerful and safe mid-size sedan, which is exactly what Indian buyers expect from ŠKODA. 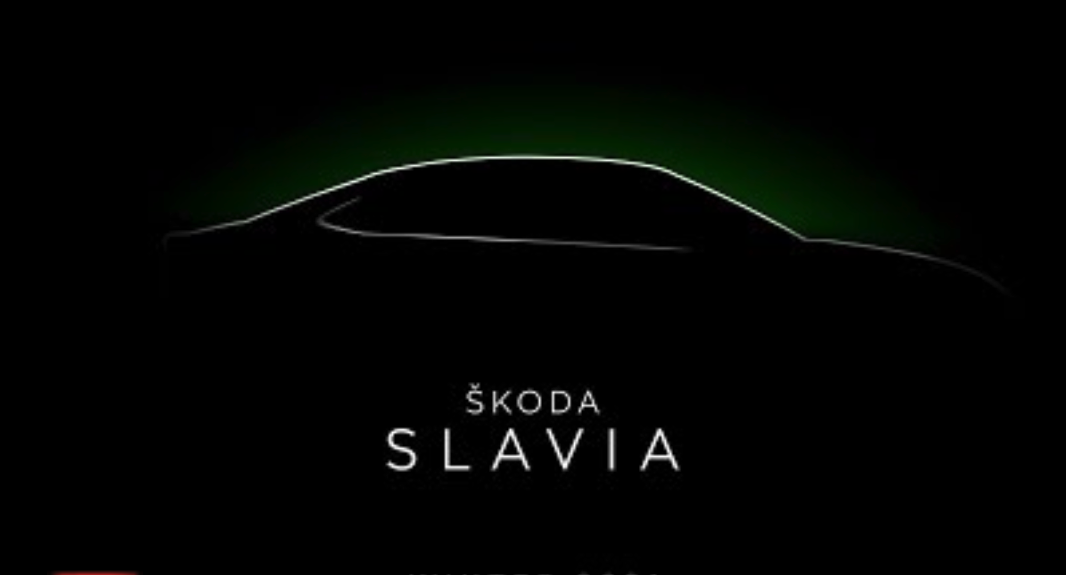 2021 is a year of expansion for ŠKODA AUTO in India.As part of the INDIA 2.0 project, Volkswagen Group has invested one billion euros in the development of four new vehicles

(two ŠKODA and two Volkswagen models).Despite the COVID-19 pandemic, the new ŠKODA KUSHAQ has had a successful start, with over 10,000 bookings received since its launch in July. Together, the KUSHAQ and the new SLAVIA are expected to boost sales in India considerably.The country plays a key role in the Czech car maker’s global growth plans.

While developing the KUSHAQ and the SLAVIA for India, ŠKODA AUTO focused on the expectations of Indian customers, which are changing dynamically. At the same time, ŠKODA AUTO is investing in the ongoing expansion of its Indian dealer network.The Czech brand is currently represented in more than 100 cities, with 165 sales and service touchpoints.The goal is to increase the number of touchpoints to 225 by the end of 2022.