by NewsMonks
in Art and Culture, Books, News
2 min read
0

One more evening became memorable with the historical Launch of 93 authors and 4 books at one stage.

4 books, among them 3 anthologies and 1 novel were launched together at one place with 93 emerging authors. 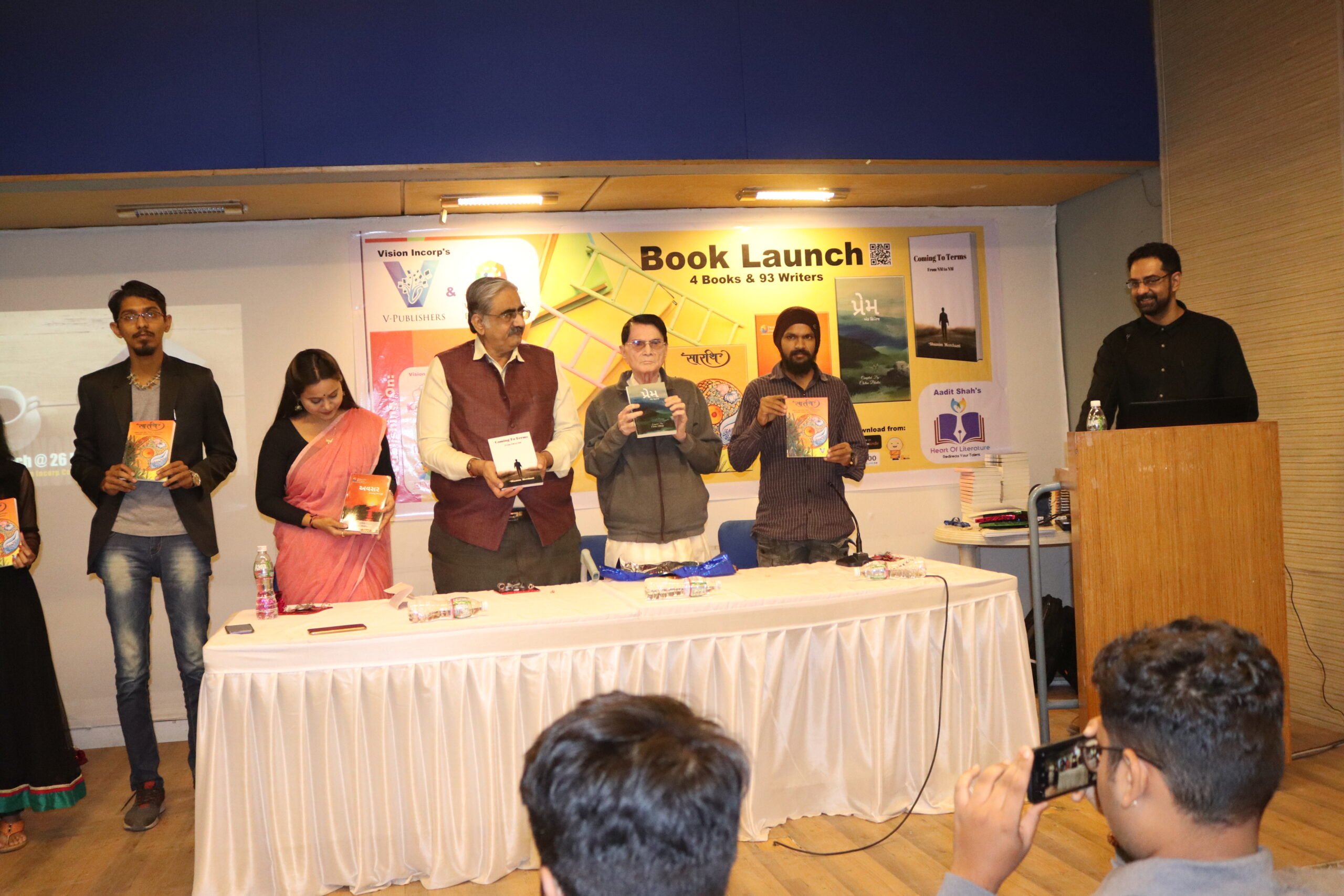 Ahmedabad based publishers – V Publishes powered by Vision Incorp publish and organised launch of three anthology and one book on 26th evening at AMA. Parth Vadher anchor the entire event.

With a view to launch talent of new emerging writers who are active in web media but getting difficulties in print media to represent their skills, Mr. Aadit Shah aka “Anjaam”, Founder of “Heart Of Literature” group brought a new anthology project named “Saarthi : Volume 1”, accompanied by Priyal Vasoya. Rajshree Sagar, Young Poetess from Ahmedabad is co-compiler of this book. There are 30 writers and Poetess from Pan Gujarat, Maharashtra & Rajasthan are connected with Saarthi & Heart Of Literature group. 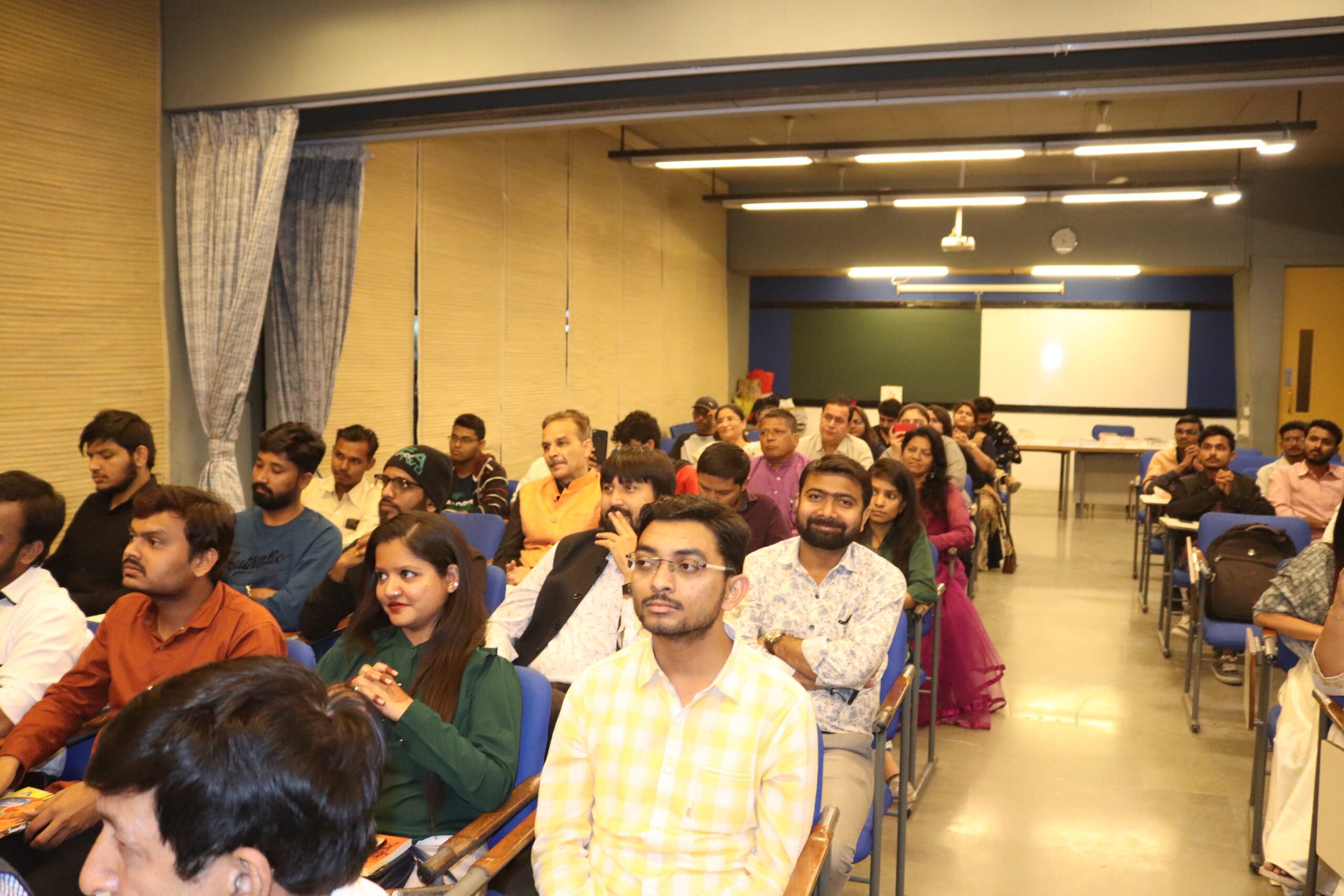 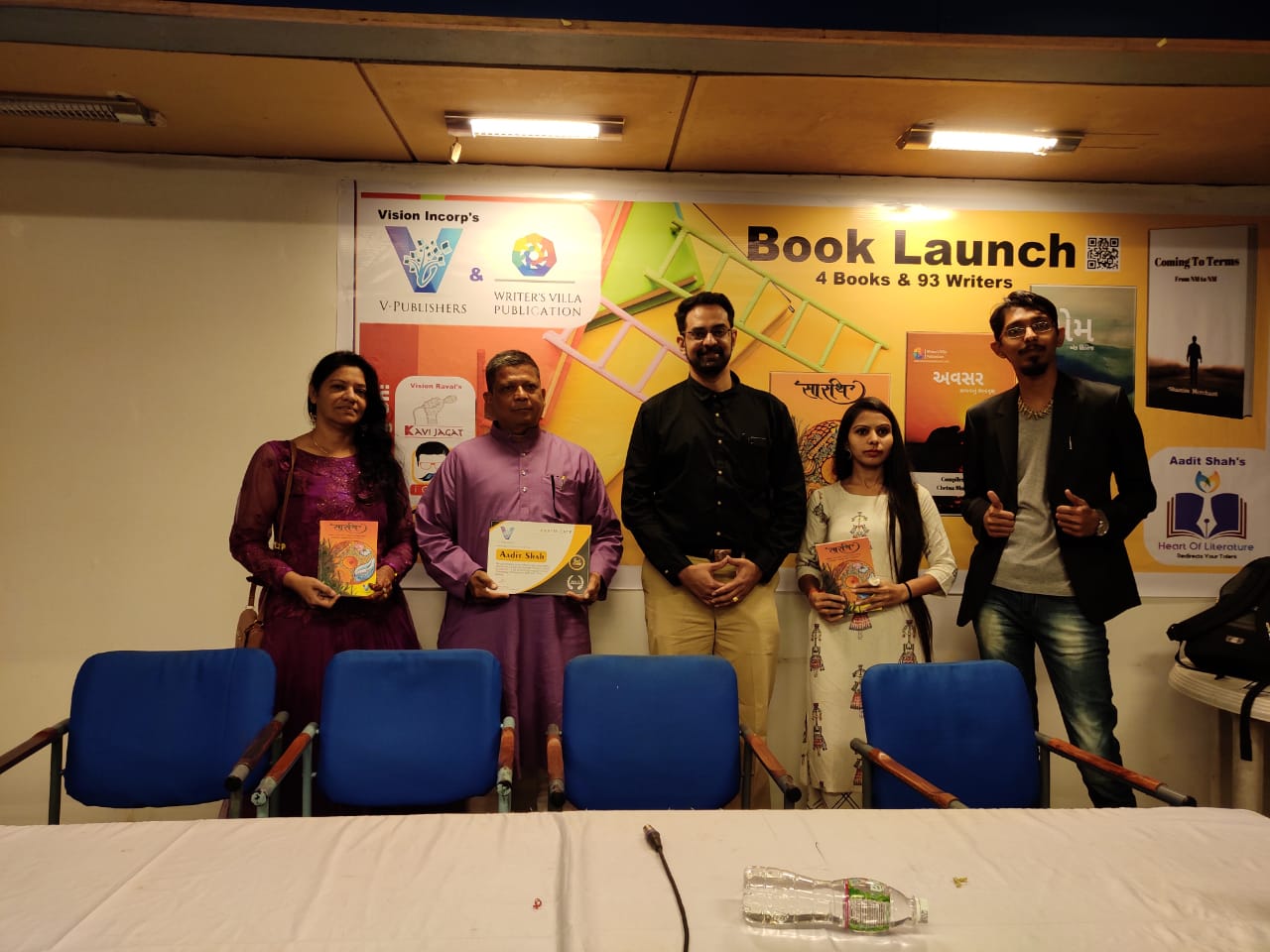 Total 93 Authors had become part of this mega project now.
30 writers from “Saarthi”,
25 writers from “Prem”,
27 Writers from “Avsar” and 1 Writer of Novel “Coming To Terms… From NM to NM”.
Which is published by V Publishers, a venture of Vision Incorp Ltd. 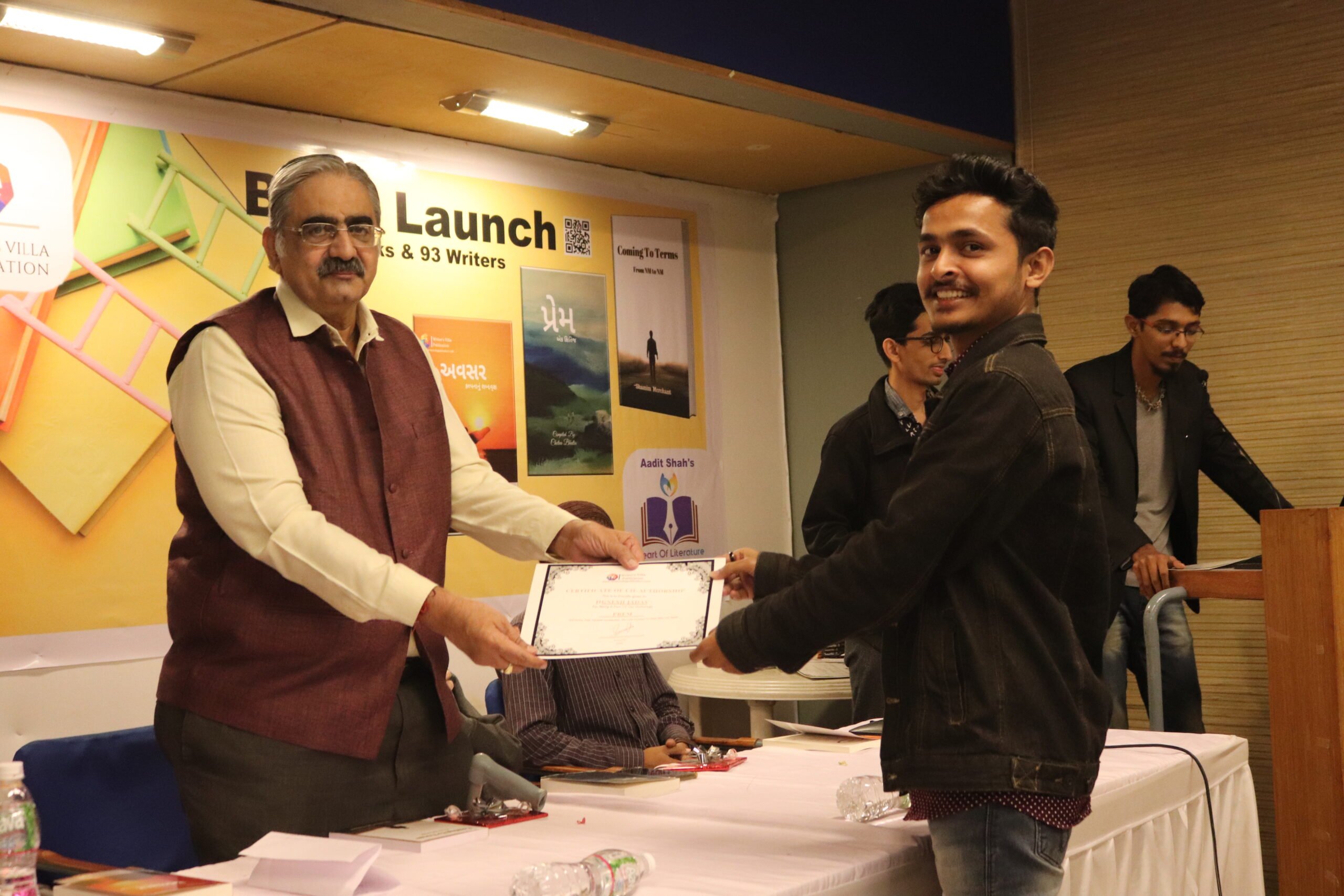 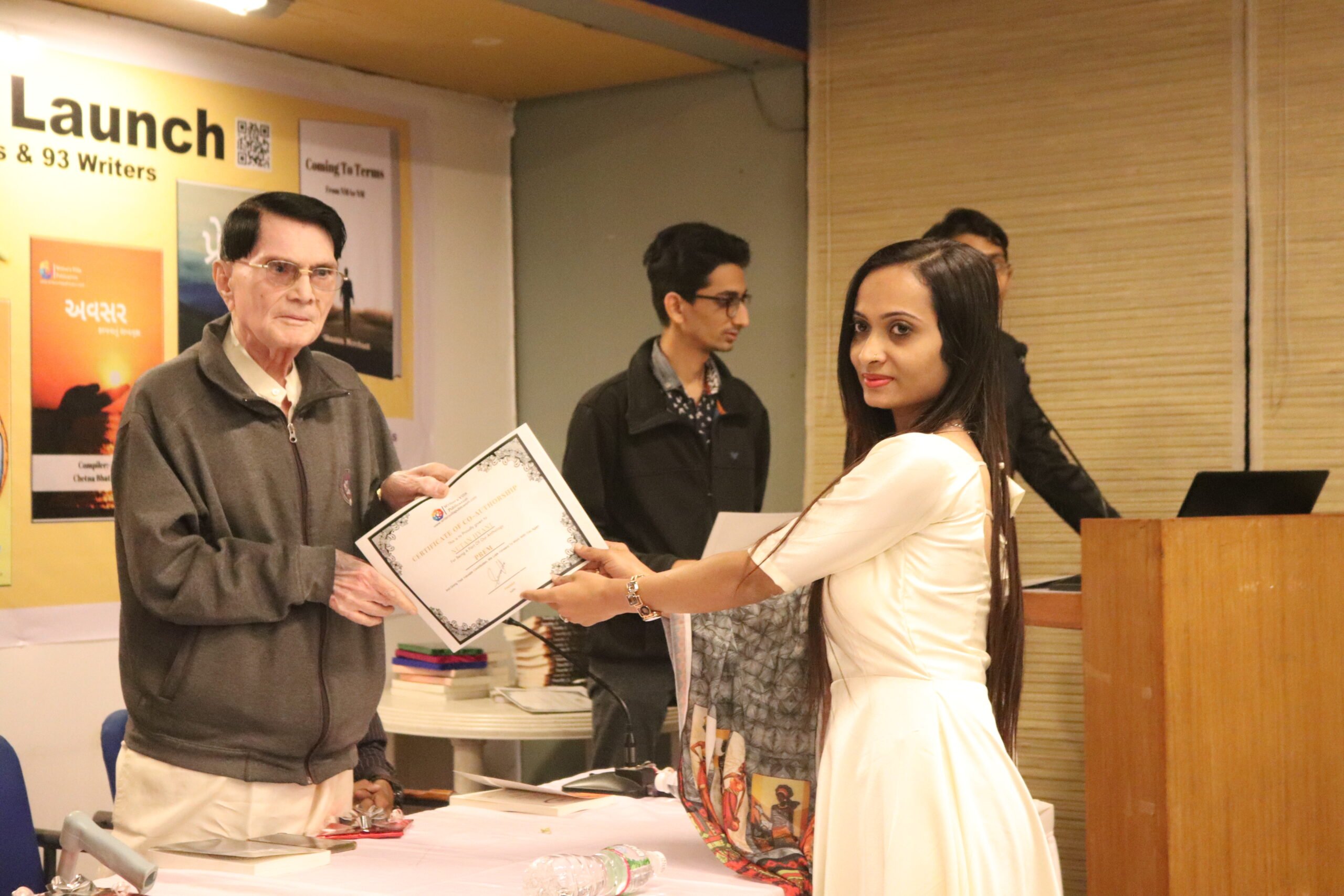 Prem and Avsar were compiled by Mrs. Chetnaben Bhatia From Mumbai & Shamim Merchant has penned her debut novel “Coming to terms…. from NM to NM”. 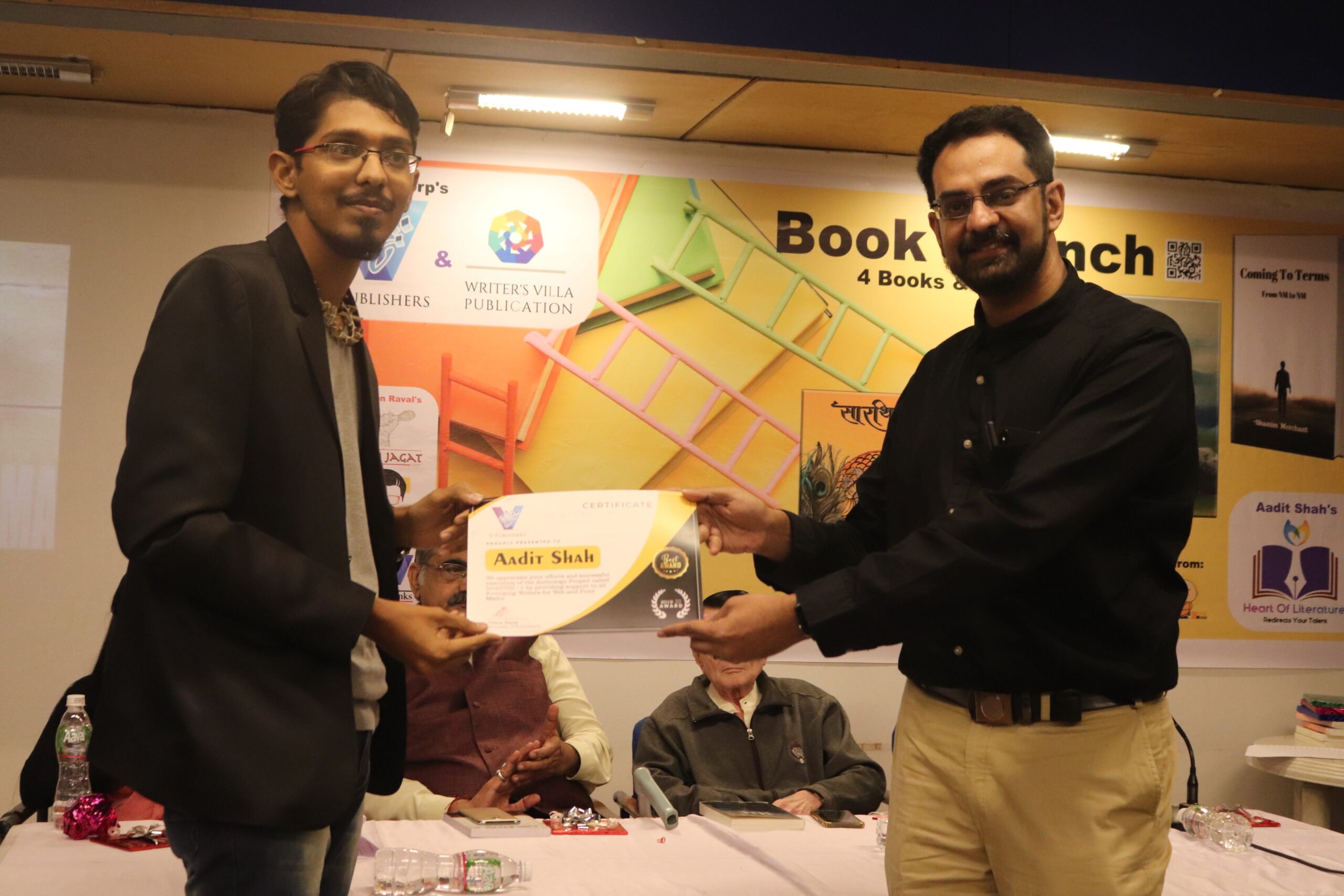 Heart Of Literature, initially began just on whatsapp for literature sharing and knowledge, which has become a centre of emerging talent. Purpose of this group is to give place to emerging writers and poets to e-media & print media through web portals like Kavijagat, Newsmonks and iGujju.com being a e Publishing partners. 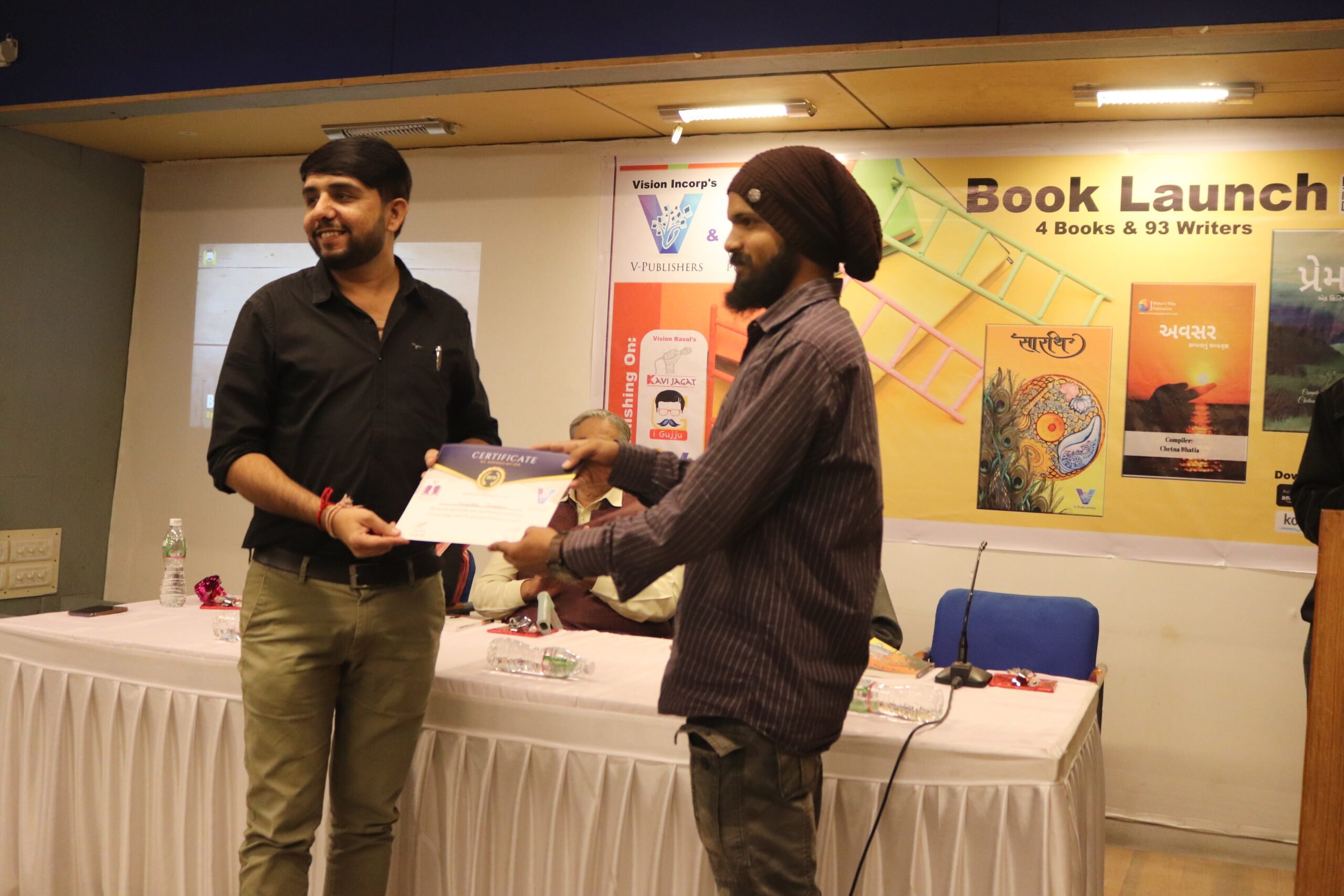 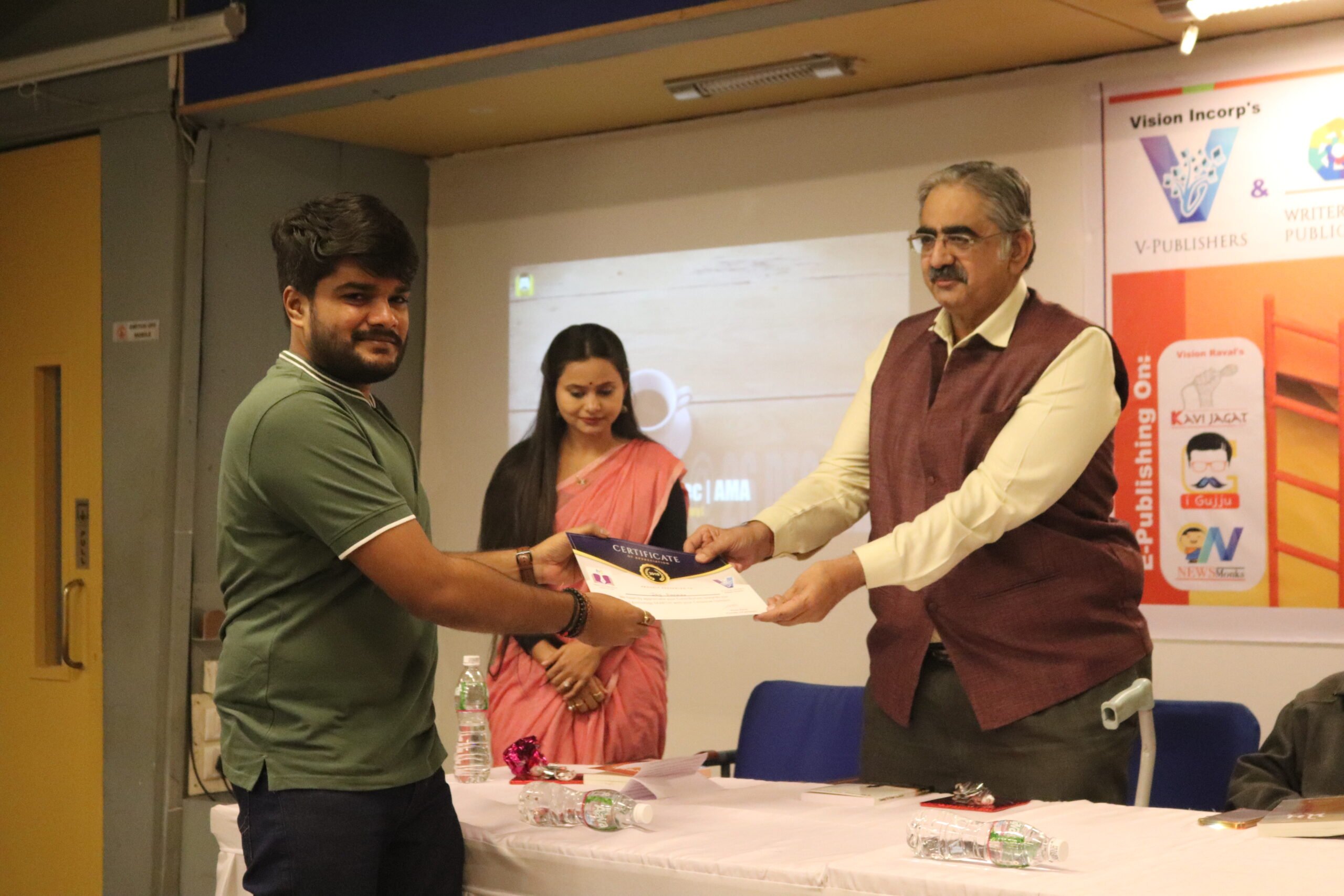 Winner of the anthology Saarthi, awarded trophy and certificate by Mr Vision Raval. As a special guest, Roshni Trivedi from Business Story surat also came to attend the event, Mr. Falgun Thakkar , editor of news paper Aaj no Yug along with Mr Ankit Hingu from Media Welfare trust also being present the same day to encourage the team.