“After coming home, you don’t keep the briefcase in its proper place, you sit on the couch without washing your feet, and not a single exchange of words with anyone, just this stupid television; my biggest enemy!”

Kishore wiped the sweat from his temples, and after a long sigh, spoke patiently, “Take a breath Kalyani, and let me also relax. I’ve just stepped in the house and I’m totally exhausted.”

Kalyani had come out of the kitchen and was now standing in the living room. One hand held the rolling pin, while the other was on her hip, when she lambasted her husband once again, in a more callous tone than before. “This is your daily routine. By the way, did you book the gas cylinder?”

Kishore slapped his forehead and murmured regretfully, “Sorry, I forgot. I’ll surely do it tomorrow.”

“You didn’t even take the fan for repair. How many times do I have to remind you Kishore? I’m literally fed up!”

Kalyani charged back into the kitchen, and Kishore closed his eyes, trying his best to smother his growing anxiety and frustration, but all in vain. He was enough riled up by this daily domestic racket, and actually feared coming home. After seven years of marriage, he often wondered, “Will I have to spend my whole life in such an environment?”

In all other aspects, Kalyani was a gem of a person. Proficient in housework, expert in delicious cooking, grooming of children, serving his parents; it was like she was almost a perfect package. However, there was only one thing that bothered Kishore. Kalyani was a perfectionist and expected the same from others. She simply didn’t know how to let go, or turn a blind eye to any kind of disorder. As a result, day by day her nagging exacerbated. In addition to that, the distance between the husband and wife also kept growing.

In the wake of two kids, taking a divorce was completely out of the question. But having said that, he possibly couldn’t imagine to live the rest of his life like this; facing the music day in and day out. More so, he definitely didn’t want depression to dominate his living existence.

After much thought, Kishore came up with a solution. He requested his boss to give him a transfer to another branch of the company, in a different city. This way his marriage would remain intact, and he’d be able to live a more peaceful life as well. Of course he would send money home regularly, and also pay a visit once every six to twelve months.

“How can you go out of town and drop the bomb of such a big responsibility of the entire household on my head alone?”

Kalyani was upset and complained apprehensively. Little did she know that this arrangement was on demand, volunteered by Kishore. For a minute he felt bad for deceiving his wife. But not allowing emotions to interfere with his decision, Kishore rested his hands on Kalyani’s shoulders and said lovingly,

“It’s the company’s resolution, what can I do about it? Moreover, you are such a valiant woman, I have no doubt you’ll take care of everything better than me.”

And that became the lifestyle for the next three years. Kishore would call home every alternate day, send money regularly on a monthly basis, and visit them twice a year. Kishore and Kalyani both missed each other quite a lot. Oft-times Kalyani asked him on the phone, “Kishore, do we have to live like this now? You there and I here? Won’t you ever come back home for good?”

But as soon as Kishore recollected Kalyani’s old behaviour and attitude, he thought that even if there were hassles, this modus vivendi (arrangement) was any time better.

One day, while shopping at a mall, Kalyani met a co-worker from Kishore’s company.

“Hello bhabhi! How are you? Is everything fine at home? Bhabhi, Kishore is a damn lucky guy, he asked for a transfer, and got it straight away.”

A hurricane of questions ran through her mind for days on end. Kalyani was quite a matured and sensible person. She reconsidered her relationship with her husband. If Kishore had asked for a transfer, it meant he wasn’t happy at home. Reflecting backwards, Kalyani ruminated over her old grumbling and cribbing nature. She was heartbroken and angry with herself. Nonetheless she didn’t want to talk about it over the phone with Kishore. 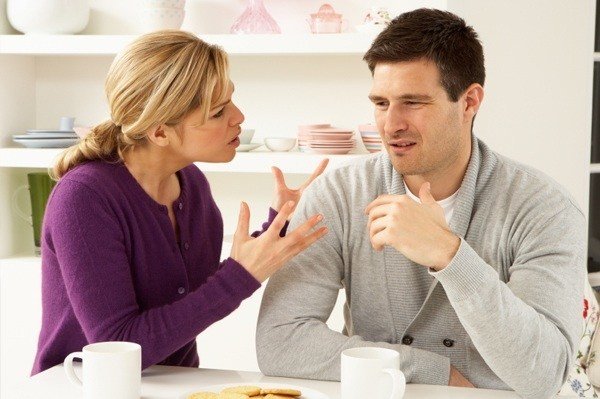 One evening she sat down and wrote a letter to her husband. She began by updating him with the news of what was going on at home and how their kids were progressing. Pouring her heart out, Kalyani penned further.

“Kishore, you, kids and our home; this is my world and this is my heaven. Nothing beyond this was ever important to me, and never will be. In life, I’m capable of enduring the most troublesome times, but I won’t be able to bear your resentment. Please! Forgive my past doings and come back home for good. I’m waiting for you Kishore. I promise to mend my ways. I want you to open up to me. Now you’ll talk and I’ll listen.”

By the time Kishore reached the end of the letter, the corners of his eyes glistened with unshed tears, howbeit his lips curled up in a wide grin. A unique peace and satisfaction enveloped him as he reassured himself. He could practically visualise a happier life ahead with Kalyani and was certain that it would prove to be true.